by Justice of the Peach This Month RMRG would like to cherish one of our longest skating members who has been with the league since 2006. A very solid blocker with developing jammer skills, she isn’t a human so much as a swarm of bats and wry humor coalesced into human form. A proud PM skater with not a few seasons as captain under her belt, a member of the Rocky team that won the Hydra, and proud mother of a gentlemanly pooch named The Dude, BATass, it is long overdue that we raise your name in song.

Batty has lived in Denver her whole life, which is why we are lucky to have had her on Rocky for so long (also to ensure her good health every ten years we put her in a sarcophagus and regenerate her by sacrificing virgin cans of PBR over the top of the marble.) Her contributions to the league include being integral in rolling out the Alumni Program for retired skaters, being a founding member of Team Heckle, former BOD, Empress of the Heat Press, a staunch Sugar, and a general all-around good chum and league mate.

Batty is still skating under her own personal philosophy of the “longevity plan”, meaning she never wants to stop derby until she is dead or physically broken beyond repair. In her skating tenure Batty has recovered from several severe injuries; an ACL replacement and meniscus repair, an ankle break with 2 rods and 11 screws, and a wing tear in 2007 when a janitor knocked her off the ceiling with a broom. She lives, breaths and sleeps derby, and watches it constantly when not playing from the comfort of her cave, where she subsists off an assortment of fruit nectars and small insects. According to her vivacious and comely girlfriend LSP, also a Rocky Skater, Batty is “a big lesbo,” who also proudly represents her community on and off the track.

Batty is not only an exemplary Rocky Gal, but an accomplished fashionista with more clothing than a thrift store, 90% of that being ripped jean shorts (which yes she skates in). In accordance with this, she also dyes her armpits for every bout she skates in, which is such a majestic sight as it flows and ripples out behind her on the track, that onlookers have been moved to tears, and the author of this article is consider writing a chapbook of sonnets about it called, “BAT-ting for the Opposite Team,” a Sapphoistic ode to pit hair.

Batty is a human (or human adjacent entity) anyone would be (and is) proud and glad to call a friend. Not only does she have a wonderful sense of humor, a grounded sense of intelligence and kindness, and will imitate the Count from Sesame Street while counting your laps for you, she is also a staunch supporter of what she believes in and defends it with intelligence and grace.

To this end, friends and neighbors of RMRG, take a moment and raise your hands to the sky in thanks for the November Person of the Month for Rocky. While they’re up there, just give a ponder to how foxy you might look with magenta pits, or perhaps aqua green. Pick up that box of dye on the way home, you know you want to try it. Go ahead, dabble with something different, step out of your box and make those oxters of yours as vibrant and beautiful a place in your world as BATass makes in ours. 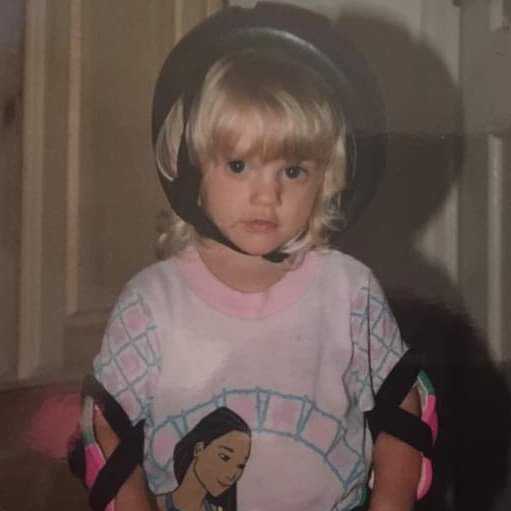